In Search of Perpetual Power for IoT Devices

Some IoT devices are able to operate for years on a single battery, but there is demand for devices that will operate even longer, or with much smaller power sources. Some experimental technologies hold the promise of (almost) perpetual power. 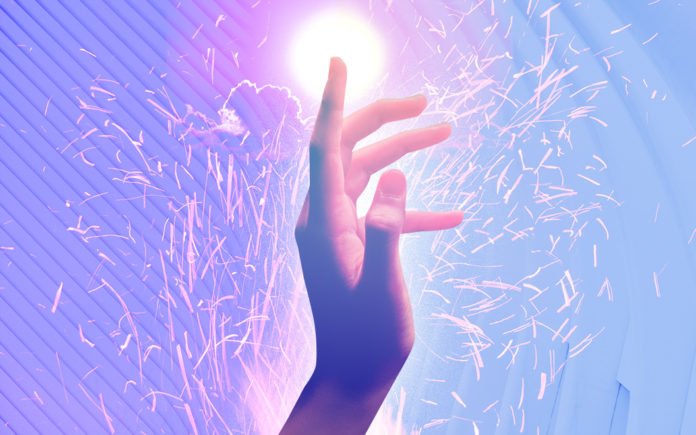 Powering small remote Internet of Things (IoT) devices such as sensors that can’t be connected to an external power source has been one of IoT’s big challenges: you don’t want to be changing the battery on a buried parking sensor or water meter every year.

Thankfully that’s not necessary. One of the main claims for all the low powered wide area radio networks such as LoRaWAN, Sigfox and NB-IoT is that they are sufficiently niggardly with their energy requirements for radio communication that devices using them can cheerfully operate for a decade or so on an AA battery.

But that’s not good enough for some people. In particular if you are embedding something into a human body, you don’t want to be digging it out to change the battery: not even once per decade. So there are a number of companies developing technologies that, they say, will keep an IoT device running indefinitely.

One of the most easily understood, and most plausible, is harvesting the radio frequency (RF) energy that is all around us: radio and TV broadcasts, WiFi, mobile cellular communications and even other IoT networks like LoRaWAN and Sigfox.

Some of the others candidates can only be truly understood with at least a PhD in physics, and seem to violate the laws of physics, but I’m going to attempt to give you some insights into them.

Let’s start with the most easily understood: RF energy harvesting. Such products are already available. Freevolt, for example, claims to have technology that harvests RF energy from wireless and broadcast networks such as 2G, 3G, 4G, WiFi and Digital TV.

Far more interesting, and exotic, is Evercell. According to its developers it will be a postage stamp sized device that will come in three variants producing, respectively, 4.32 microwatts, 400 nanowatts and 800 nanowatts of continuous power at 1.2 volts.

Not a lot, granted, but you could string a whole lot together in series and parallel to generate usable electrical power. And where does that power come from? Well, it’s all around us. At any temperature above absolute zero all matter is in motion and the hotter it gets the more energetic that motion becomes.

Evercell claims to be able to tap that energy, and convert it into electricity. On the face of it that makes the device a perpetual motion machine, almost: you could use it to suck energy out of the environment and power a motor until Doomsday, or more precisely until the Universe was at absolute zero and there was no energy left in the environment.

The second law of thermodynamics, as stated in classic physics at least, says you can’t do that. We encounter this very day in our homes: your fridge extracts energy from its contents by cooling them but consumes more energy than is extracted to achieve that cooling.

Evercell claims its device works by implementing an idea put forward only as a ‘thought experiment’ by pioneer physicist James Clark Maxwell, known as Maxwell’s Demon.

Maxwell’s Demon was able to separate the faster moving particles from the slower ones, thus extracting in the form of these faster mobile particles. But it was only a thought experiment, with no expectation that such a function could be realised.

Evercell essentially claims to have developed technology that mimics the action of Maxwell’s Demon, to put it crudely, in the form of some sort of semi-permeable membrane that lets only the faster particles pass through.

Where it gets interesting, and well beyond me, is that recent studies suggest that the second law of thermodynamics might need some modification and that such a device might be theoretically possible. (If you’ve got a PhD in physics send me an email and I will send you some links).

So, it’s just possible that Evercell is real and will be available to buy someday soon.

Even more exotic is graphene as a source of energy. Graphene is exotic enough on its own: a one atom thick layer of carbon with some truly amazing properties.

Now, according to this August 2018 article from the World Economic Forum (WEF), “A team of researchers at the University of Arkansas has found evidence to suggest graphene could also be used to provide an unlimited supply of clean energy.”

There was nothing new in the WEF article; it was basically a rehash of a November 2017 press release from the University of Arkansas. It says: “The research of Paul Thibado, professor of physics at the University of Arkansas, provides strong evidence that the motion of two-dimensional materials could be used as a source of clean, limitless energy.”

Thibado, according to the article, “predicts that his generators could transform our environment, allowing any object to send, receive, process and store information, powered only by room temperature heat.”

In principle at least Thibado’s technology is rather easy to understand. His team discovered that a sheet of graphene is in a constant state of micro-motion, rippling up and down, and he has designed a “Vibration Energy Harvester” to extract energy from this motion.

“A negatively charged sheet of graphene [is] suspended between two metal electrodes. When the graphene flips up, it induces a positive charge in the top electrode, and when it flips down, it positively charges the bottom one, creating an alternating current.”

The samples of graphene are about 10 nanometers by 10 nanometers. He claims each can generate 10-11 watts. At this size, 20,000 could fit on a pinhead.

According to the University of Arkansas, Thibado plans to produce a proof of concept—a device capable of charging a capacitor using only ambient heat and the motion of graphene—within a year.

No mention was made of the energy likely to be available from said capacitor, or how long it would take to charge.

Evercell and Thibado’s experiments have something in common. Evercell’s technology seems to impose order on the random movement of matter via some sort of membrane with selective permeability, and so extract usable energy from the energy present in all matter above absolute zero.

Thibado seems to have discovered some order inherent in the motion of atoms in a sheet of graphene; they have a wave motion that can be harnessed and converted into electrical energy.

If either, or both, of these developments prove to be viable they will have profound and far-reaching impacts.